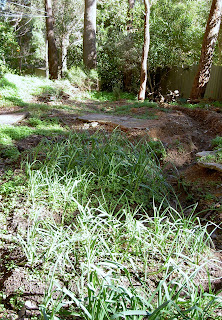 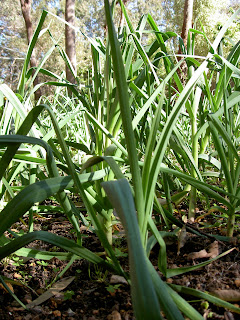 
Right, this is it, the last. It didn’t last long, but I had fun. Some of you did too and at least one didn’t.

How do I know? Well, my email address was always at the bottom and a number of you made the best of it.

One bloke from Augusta took advantage of my good nature and asked me to send garlic. I did. He then googled me and later apologised: “Sorry, mate, I thought you were a landscape gardener.”

A number of old friends emailed to try and get back money they said they lent me in 1973, or 1987, or some other year I wasn’t in the country, the country next door, or one they had difficulty spelling.

And the one bad? Well, hard to tell, but certainly a bloke stuck in a literal world with no underlying meanings and no pleasure to be gained from running a brain over a crafted gathering of words seemingly chosen at random. Or he banged his head getting out of bed. Who knows.

Maybe you’ve heard already, but in case you haven’t, let me help. Next week this entire page is leaving this page and when you pick up the lump on Saturday morning, this will not be this, but something entirely different.

Instead of waking up in a blind panic, knowing the next column deadline will more than likely creep up and bite me on the back of the neck, I’ll just lie here while you run onto the front lawn desperate to read what wise crap I have imparted.

Now, so you know what you will miss with me missing, here is a taste of what was coming up.

First and foremost was how the on-line, user-created, user-managed, user-used encyclopaedia, Wikipedia, changed my life. Seriously, until recently I always referred to tomes created by dead academics and living hacks riddled with personal agendas.

And, yes, there was another column on palms and I intended telling you about Cliff Reeve, Radio West legend, who told me about waking up inside his Bunbury house at 3am in a blind panic as the walls around him burnt to the ground. Well, not the walls but his beloved palm trees, which, fortuitously, he had planted outside and I said: “Who did it, Cliff? How can I find them? I need to know?”

“No, Cliff, I want to fund their operation.”

And with all the tales in the papers about Mafia style behaviour and the Sopranos being my favourite TV show of all time, or just about, I fully intended running by you the tale of my brush with the Japanese Yakuza.

It happened in Osaka, comedy capital of Japan and where Morley Senior High School legend Chad Mullane learnt the comic art of manzai, the double act. But that’s another story. The one I’m sticking to is how a Yakuza boss walked into my coffee shop, the only one I could find after five hours of wandering the vast underground city that is Osaka.

As soon he walked in I knew I was in trouble and I could see even more brewing as his moll peeled off and sat down next to me.

“You very handsome man,” she said.

“You need glasses?” I replied.

“You very handsome man,” she said.

It didn’t end there, or even close, but I can’t get to it because of the other end that’s fast approaching.

If you want the rest, email me, but not today, I’m still in bed.

Ah, the future. This time next year Hildegard and I will be building a house in Albany, on the other side of the harbour, near Frenchman Bay.

It will be a house that embraces its setting, that respects the environment, that is solar active and wind resistant.

And, as I say goodbye, I issue a challenge to every one of you with lawn and palm to get right back out there, remove the blights and plant native vegetation and garlic.

If you can’t get locally grown garlic knobs, let me know and I’ll put you in touch with that bloke in Augusta, the one who got all my remaining stock.


It’s not cold enough. Nowhere near.

And when the temperature does drop it doesn’t stay low enough long enough.

All right, I should explain.

It’s all about cherries.

Thing is, every year, in December, there’s a festival in Manjimup, my other home town: The Manjimup Cherry Harmony Festival.

Yes, I know, I’m a Bridgetown boy, but I’m also from Manjimup, another town full of people named Doust, Giblett, Blechynden and Muir. All right, there are also some Fontaninis, Ipsens, Omodeis, Radomiljacs, Reeves and Easts and some of them even married some of us.

Manjimup is one of those towns that was blessed from the beginning. It had everything: magnificent timber, excellent rainfall, healthy rivers and rich soils.

Along the way, some folk arrived blind, or became blind, or looked the other way, got something stuck in their eyes, or couldn’t help but look back to where they came from.

In short, they couldn’t see the blessings.

When I arrived in 1969, battered and bruised from a twelve month stint as a bank-johnny in Papua and New Guinea, I was blind too.

Manjimup was cold, wet, full of cousins I didn’t know existed, big men with big hands, three football teams and my father wanted me to run the family’s supermarket.

I stayed four years, regained my sight, played football for the mighty Deanmill Hawkes, fell in love a couple of times, added retailing to the list of things I didn’t want to do and met the finest group of people it had been my luck to encounter in my entire 24 years.

Rick Sneeuwjagt, then a fiery young man with a trunk like a karri tree, befriended me and invited me out to Deanmill, a mill town and home to one of country football’s legendary teams.

The mill has taken a battering over the years but the club hasn’t missed a beat.

The great John Todd started out there as did legendary weatherman Gary Boterhoven, one of the finest exponents of the drop kick ever. During a game against Boyup Brook Gary kicked a ball out of the ground and they found it one week later in Donnybrook.

Then there were these blokes: Harvey Giblett, or Three-trunks as we called him; Arthur Reeves, a noisy, tough bugger who once broke 15 jaws in an opposing team, all before half time; Peter Fontanini, a man who was a legend even before he was a legend; and Juggy Rice, named, not because he could scull a jug of beer in record time, or because of the shape of his person, but rather because the top of his head only came up to the average jugular.

My supermarket days included exciting events like a truck load of produce, an occasional break-in and disputes with the landlords over ablution block cleanliness.

If that wasn’t enough, there was always the annual illegal potato buy-up. It was a cat, shop-owners, and mouse, Potato Board Inspectors, game.

It was scary, thrilling and just what a young shop manager needed to keep him on his toes. Once, while on the shop-floor dripping sweat and evil smells, the team and I were confronted by a local politician who ranted about the evils of the black-market spud, the spud bought from dirty unofficial spud sellers. Friends of ours. I always wondered if he knew that as he droned on and on his wife was busy buying 10kilos of the devil’s tasty tubers.

Those days are long gone, of course, the Dousts no longer run a supermarket and all potatoes currently sold in the Shire of Manjimup are true blue Western Potatoes.

Cherries, however, are not blue, or a tuber, they are a fruit, red and Manjimup cherries are the finest, juiciest and reddest.

The Cherry Harmony Festival was born on a cold day in September in 2002, when 300 people gathered to talk about the town, its past, future and beyond.

2002 was shaping up as an ugly one for the Manjimup community, but four handsome women stood out from the crowd after I yelled “What this town needs is a cherry festival” and screamed “Yes it does and we’re going to do it”.

It did, they did and they are still doing it.

And if the weather gods give us 300 hours under 7degrees Celsius between now and December, we might even get a crop.