The book is up and away: Boy on a Wire

The launch went well. No point in denying it.

The Lane Bookshop sold out and seem quite excited. Have even threatened to sell the entire first run.

The MC - Chris Pash, author of The Last Whale - was warm, funny and excellent.

Georgia Richter - publisher and editor of "Boy" - was moving and eloquent.

Reg Cribb - launcher and ex-boarder at Aquinas - was funny, poignant and brilliant.

Xave Brown - singer from Denmark WA - sang Bird on a Wire from his very soul and made me cry.

Oh, it was all enough to make a grown author lie in his early morning bed and weep with tears from all sectors of his universe.

Here is a snippet from Reg Cribb's speech:

Jon...Jon...Jon.... a brave man you are. To write this book then have the audacity to launch it at Christ Church Grammar informs me with no fear of retribution, that you have kahunas the size of a space hopper. Methinks Its the equivalent of Ian Fleming launching ‘From Russia With love’ at KGB headquarters in Moscow or Peter Benchley launching ‘Jaws’ in the shark tank at the Miami aquarium.

Jon and I met at the Sprung Writers Festival in Albany. Both the town and myself obviously made an impression on him because here I am launching his wonderful novel and now...well he calls Albany home.

Jon understands that when you go to boarding school, you are basically an independent spirit from age 12. You form your own thoughts, make your own bed, fight your own fights and thus a knock down, stand up showdown with your parents at the end of it all is sadly inevitable. Day bugs, they just dont get it.
My Wholehearted Congrats Jon. You made a sea change to Albany and instead of writing a crappy, sappy TV series starring David Wenham, you wrote a beautiful, honest testimony to adolescence in all its smelly, warty, effluent glory. You have showed us in Boy On A Wire that being adolescent is a time of being barely afloat, bobbing uncontrollably in a merciless raging sea of hormones, with two choices, sink or grow the hell up. Thankfully for us the growing up part is still a work in progress for Jon. His growing up sometime in the near future, would be our literary loss.

To read the full text, go to the Fremantle Press blog. 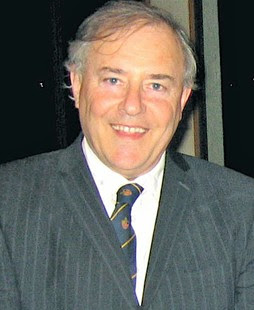 On April the 7, this blogger can be heard, and seen, in conversation with the chaplain of Christ Church Grammar School, Frank Sheehan.
It is all part of the UWA AUTUMN SCHOOL program, Writing and Communication stream.
Time: 6.30pm - 8pm.
To book a place:
Phone - 6488 2433
web site - UWA Extension
email - extension@uwa.edu.au

Here is a profile of Frank.

Canon Frank Sheehan is the School Chaplain and Director of the Centre for Ethics at Christ Church Grammar School. He is also the Senior Canon at St George’s Cathedral.

Frank, who is actually Francis Xavier, was ordained a Roman Catholic priest in 1976. After his ordination, Frank taught at Daramalan College, Canberra, for three years. In late 1979, he was asked to spend a few months in Darwin where he worked for the Bishop of the Northern Territory. It was in Darwin that Frank met CamHa, a Vietnamese boat person who had only just survived a perilous journey where she was at sea for a month, her group having been attacked twice by Thai pirates.

Marrying CamHa meant that Frank had to leave the Roman Catholic Church. “However, I never stopped feeling that I was a priest and so I approached the Anglican Church to see whether I might be able to find a place within this community,” Frank said. “I am happy and grateful that I was made welcome.”

Frank then taught theology and early church history at St John’s Theological College in Morpeth (near Newcastle NSW) before he and his family moved to Singleton in the Hunter Valley where they spent almost three years in a busy parish. “It was such a vibrant and loving community. We have wonderful memories of that time.”

Christ Church was the next stop. “I have been here for almost 24 years and have enjoyed every day,” Frank said. “The boys are wonderful. So are the parents. I respect my fellow staff members and am proud to work with them in this very worthwhile enterprise of education in a fantastic school. Why wouldn’t you feel good about being part of Christ Church? Teaching is a vocation – a calling. So too is priesthood.”

In 1996 Frank established the Centre for Ethics, which brings to the school a whole variety of speakers. From time to time, artists, authors, educators and religious leaders spend a few days with the boys. “Years ago I invited Michael Leunig to be ‘Mystic in Residence’,” Frank said. “Michael’s new prayer books had just emerged. He was here for two weeks. It was magical. I was delighted when Jose Ramos Horta came for a couple of days. Tim Winton, Helen Garner, Les Murray, Robert Dessaix are some of the Australian writers to be with us. Annie Proulx, Louis de Beniers and David Suzuki are international figures who have been our guests. I feel that the School community is enriched by this. It is such a pleasure to engage with these people and their ideas. The Centre for Ethics tries to promote this engagement.”

As Chaplain, Frank said he was in a very privileged position to be able to “go on telling the stories to keep alive the rumour of God”. He said he tried to draw on current issues and his own experience to address spirituality and reflect on some of the lessons of life. “In a busy, noisy world I think it’s important to remind people of the importance of stillness, reflection and the inner life,” Frank said. “Tim Winton about a decade ago said: ‘We seem to have lost the language of the soul.’ I think a chaplain’s role is to find the words and the silences to reaffirm that we do have souls… to capture the great mystery at the heart of things.”

Frank teaches Religous Education in the Prep School and to Year 8 boys. He talks at the Prep School Chapel Service every Wednesday and the Senior School Chapel Assembly every Thursday. He particularly enjoys his contact with the boarders. This year he will give the first “Canon Frank Sheehan Oration” on the subject of ‘Obama and God’. The Oration is to become a permanent feature in the School calendar and is a tribute to the esteem in which Frank is held.

Frank was a broadcaster with ABC Radio National for a decade and a producer with ABC television. He still appears regularly on radio as a social and religious affairs commentator. After 9/11 Frank spent four hours on air at the invitation of the ABC in an effort to spread some calm.

Frank is well known for his book reviews for the Lane Bookshop and for his talks about literature, ethics and spirituality. He has given lectures at all universities in Perth and is a fixture within the programme of UWA Extension. Each year, he chairs gatherings at the Perth International Writers Festival.

In 1981, the eminent historian Professor Manning Clark named Frank as one of his ten great Australians “for helping keep alive the image of Christ in this country.”

Frank conducts numerous weddings, funerals and baptisms. He takes an open approach to those seeking contact in this way. “I guess I am a liberal in regard to theology and spirituality. I feel a strong and deep connection with this part of the Anglican Communion.” He conducts services in the School Chapel for the wider community on the first and third Sundays of each month.

THE TIME HAS COME

BREAKING NEWS:
Boy on a Wire, a book by this blogger, will be launched next week, Thursday, March 19th, at Christ Church Grammar School, Claremont, West Australia.
Invitations have been sent out to all and others and someone I met in the street today..
Orders have been issued for food and wine. There won't be much because serious talking and selling must be done. All right, enough to wet and hold you up until the main meal you'll get when you get home, or go out.
OF COURSE Books will be available for sale.
THE GREAT NEWS IS it will be launched by West Australian playwright Reg Cribb, who not only writes, he also talks and was once ensconced in a similar institution.
Here is Reg's bio:

Reg started out life as a musician and an actor. One day he came to his senses and wrote 10 plays in seven years. His plays have been performed both nationally and internationally. He is one of the most awarded and produced playwrights in the country.

His plays include: The Return: which has been produced all over Australia and internationally as far abroad as Japan and Romania, Last Cab to Darwin: Directed by Jeremy Sims for Pork Chop Productions, which toured everywhere between The Sydney Opera House and Broken Hill and is one of the most awarded Australian plays in the last 15 years, Gulpilil: A one man show about the life of Aboriginal acting legend David Gulpilil, in which the actor played himself (Adelaide International Arts Festival 2004, Brisbane International Arts Festival 2004 and Belvoir St. Theatre – Sydney), Chatroom: Nominated for numerous awards and currently touring nationally, and Ruby’s Last Dollar: Again directed by Jeremy Sims.

Last Train To Freo, the feature film adaptation of ‘The Return’ is his first feature.

He is currently working on an adaptation of his play Chatroom to be directed by Samantha Lang and produced by Sue Taylor, and Bran Nue Dae by Jimmy Chi to be directed by Rachel Perkins. His half hour film Grange was shown on ABC T.V in 2005.

Reg lives in Bassendean, Perth with his wife Kirsty. His house is directly opposite Rolf Harris’s old primary school. He hopes the magic will one day rub off on him.