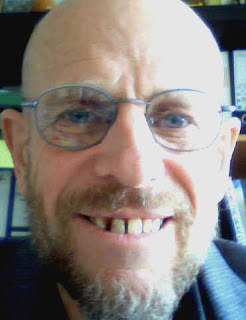 Recently Jon Doust was hired by the Australian Parliamentary Association to pretend to be a South African new-media expert. Jon was introduced to the assembled politicians from both Federal and State Parliaments by the Speaker of the WA Legislative Assembly, his old mate, Grant Woodhams.

Van Groote had to deliver a 10 minute speech, then join his co-panellists, Chief Political Editor for the West Australian, Robert Taylor, and Program Chair of Journalism at Murdoch University, Dr Johan Lidberg.

The panel then took questions from the floor, which included one from Phillip Ruddock, who Van Groote, unintentionally, insulted.

On completion, once the ruse had been revealed to the audience by Grant Woodhams, the panel left the podium and joined the politicians on the floor of the house. Van Groote, now revealed as Doust, approached Ruddock to thank him for his interaction. Ruddock began to question him about South Africa, revealing that he had relatives near Van Groote’s home town of Port Elizabeth.

R: Where are you from?

R: So you’re not from South Africa?

R: But why the South African accent?

R: And it seemed so natural.

Here is the full text, including Van Groote's introduction.

Henri Van Groote was a journalist in South Africa for over 30 years, working for major newspapers such as the Cape Argus and the Financial Mail.

Five years ago he left the Mail and Guardian in Johannesburg to form his own new media company called communiforce.

Since then he has concentrated on forming teams of new media specialists who can develop content packages geared up for a rapid response to emerging issues.

These days Mr Van Groote lives in Port Elizabeth and is in WA visiting relatives, one of whom is a Parliamentary Officer. He willingly stepped in at the last moment following a cancellation and we thank him for that.

First and foremost one would like to express appreciation for the invitation to speak at your national conference of parliamentarians.

In addition, it is also an honour to be on a panel with two such distinguished media identities to discuss the media revolution.

Many of you will no doubt be aware that times are still somewhat troubled in one’s homeland and the issue of social media is of continuous debate, particularly among those of us who inhabit it.

Be this as it may, the fact remains that all of them engage the wider global internet community.

Which brings me to a major point.

And that is, that so much of the animosity to the new media is, so much ado about nothing.

Many of you no doubt, given your places in the history of this state, and other states within this commonwealth, are students of history.

One of the great leaders in the western world was a man called Caesar.

He was also a great orator and a pretty good writer.

If you cast your imagination back to the great man addressing his troops before battle, you will see a vast horde with what appears to be a small man standing on a platform.

He has no public address system.

He has no massive tv screen.

What he has is suitably positioned parrots, men with good voices who, upon hearing what he says, then repeat it to the cohorts in their area.

And so on, and so on, until the entire horde has heard his words, although rarely from the mouth of the man himself.

This, one would like to submit to you, is nothing more than an ancient version of twitter.

Caesar speaks, and one tweeter twitters to the next tweeter.

That is all that twittering is, folk parsing on information to other folk who haven’t heard it yet.

Some of it important.

Some of it interesting.

Some of it, most of it, padding.

And if you are not tweeting on twitter, you are a twit.

Sorry, there should be one called wank, but that would probably cover most of them.

And, finally, of course, blogs.

Wank, by the way, was also the name of a computer worm that attacked DEC computer systems in 1989.

Wank, or Vunk, but spelt wank, is also the name of a German mountain close to the Austrian border.

It has a cable car system called the vunkbahn.

And a webcam called, of course, the vunk webcam.

All this information one gleaned from the internet, in particular, Wikipedia, which many have referred to, also, as a social networking site.

Having said all of that, let one say all of this, that what is taking place in South Africa is not that different from the rest of the industrialised world.

It is a well known fact that a large proportion of twitter users belong to the generations x and baby boomer.

And these folk are, in general, in a higher socio economic group than the generations y, or the lot that follow them, the so called millenniums.

But, be that as it may, it is crucial that you people, involved as you are in politics, in endlessly campaigning for re-election, that you harness all the new social media, including twitter.

All the top people twit, or have people twit for them on their behalf.

If one is to be honest in this forum, in the hope that such news might not leave this facility, one may admit to twittering on behalf of prominent South African politicians with a need to put their views to a certain segment of the voting market place.

Of course, it is to be recognised that when one twits, one is twitting to one’s followers and if one is a politician, then one will have followers who will twit on and on and on and, either early in a twit, or later in a twit, it will be picked up by other media, such as radio, television and the press.

Among those we know who twit are Kevin Rudd, Barack Obama, Jacob Zuma, Nicolas Sarkosy, Silvio Berlusconi, who, one understands, mainly uses it to pick up girls.

One’s next major und crucial point is that the new media is also satisfying innate needs that all of us have but, of course, innate needs will manifest themselves in new ways, in new worlds, among different generations.

You are all, one has no doubt, familiar with Maslow, Abraham Maslow, the American psychologist who created a hierarchy of needs.

Those begin with our very basic need for food, shelter, sleep, sex.

Then our need for safety, security, then belonging and love.

Then esteem and, finally, self actualisation.

For all of us in this room, we have no doubt satisfied the first two: We have eaten; we feel safe in this facility.

Not necessarily to love, but to be loved.

The fourth Maslow need, self esteem, is irrelevant. Politicians, naturally, have an excess of it.

And finally, self actualisation, is out of the question. There is no time, no need, it’s a lot of pockycock.

For those in the modern world who fully inhabit the World Wide Web, most of these needs can still be satisfied, often without leaving the house.

For example, water comes from a tap. Breathing seems to happen without even thinking about it. Pizza can be delivered. And sex, well, that can be left to the individual concerned.

What is now clear is that content is a very saleable item and you might be interested to know that one’s business is currently supplying content to 16 politicians in the English and Dutch speaking worlds, for their various internet sites, including twitter.

It is not possible, of course, for people such as Kevin Rudd to do all they do and do twitter. Although given the word on Mr Rudd and his obsession with control it is quite possible he is his own twit.

One does not provide all the content oneself, naturally, one has a small team that works as a unit for each client project.

We do have one very clear policy guideline with regard to working for political clientele: we will never support two clients in opposition to each other.

For example, if one was to provide content for a member of the Labor Party here in Western Australia, one would not take on a client from the Liberal Party.

In conclusion, let one remind you all that basic humans needs are still to be satisfied in this modern, electronically connected world, and that social media platforms such as twitter are essential in your package highlighting your suitability for continued representation of your individual electorates.

Pear analytics, a US data collection company, studied 2000 tweets for 2 weeks and decided that the tweets included: